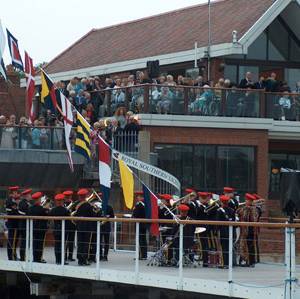 The King’s Royal Hussars and the Royal Southern Yacht Club share a strong historical connection in the figure of James Brudenell, the 7th Earl of Cardigan who between 1847 and 1854, was simultaneously Commanding officer of the 11th Hussars and Commodore of the Royal Southern Yacht Club, a post he still held when he led the charge of the Light Brigade at Balaclava during the Crimea War.

On Friday the “9th July the King’s Royal Hussars with their band marched through Hamble Village and “Beat the Retreat” at the Royal Southern. Most of the residents of the village turned out to line the way and the Yacht Club was full to bursting with members. Peter Delbridge of Boatshed Hamble and his family were kindly invited aboard a Princess 61 to view the event from the flybridge.

It was a most memorable event which I think the photos show. The youngest Delbridge member (Broker in training) now wants to join the army rather than follow in his fathers foot steps. 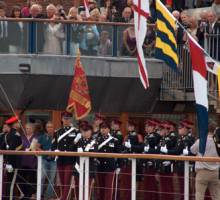 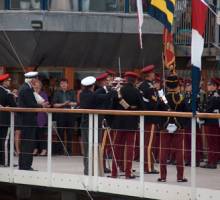 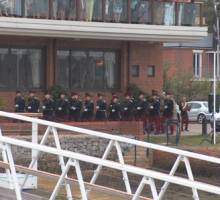 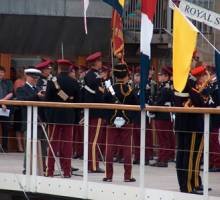 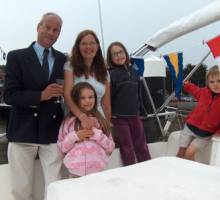 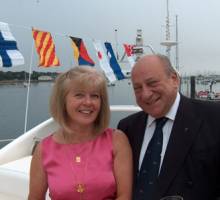 Our hosts onboard their Princess motor boat. 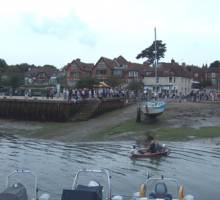 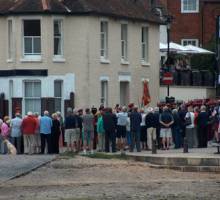 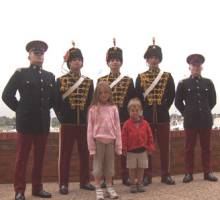