Boatshed Hamble
The "Hare and the Tortoise"
Saturday, 15 June 2013

The "Hare and the Tortoise" 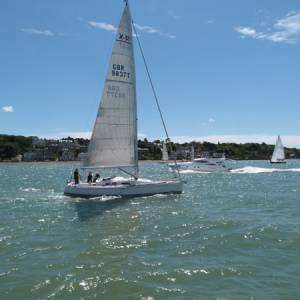 The "Hare and the Tortoise"

Yesterday afternoon saw the start of the JOG (Junior Offshore Group) BNY Mellon Challenge, depart Cowes for La Trinite and then to Cascais with seventeen odd sailing boats entered. Nothing unusual there you might think.
BUT two separate friends had an argument one night after a few beers in the yacht club, that a Yacht could beat a 30 knot powerboat to the finish over the sort of distance that this race covers!
The yacht is an X37 “SX Girl” owned by Noj and Chrissie White and the power boat is a Princess 61 Flybridge “Cavallino” owned by Andy Short. These are the Tortoise and the Hare.
Peter Delbridge of Boatshed Hamble was out as part of the Royal Southern Yacht Club supporter’s crew on board Robert Madge’s Princess to cheer their friends off from the start and to record the event.
If you wish to follow this unusual race just go to the JOG website and click on the race tracker. As of 10.45hrs SX Girl was to the west of Jersey and Cavallino appeared to be tucked up in port in Guernsey! Where I am sure they will be re fuelling!
Conditions are not great out in the Channel at this time and look to be getting worse, so we wish all the competitors safe sailing. 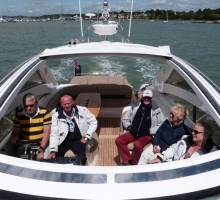 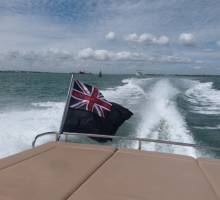 enroute to the JOG start line off Cowes. 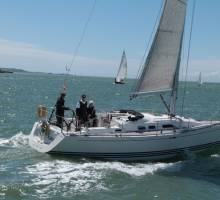 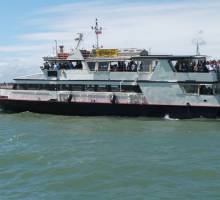 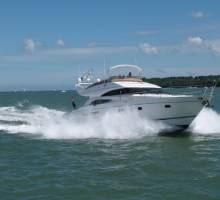 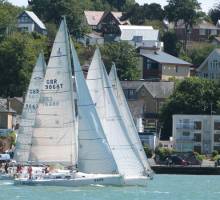 There across the line. 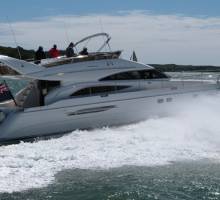 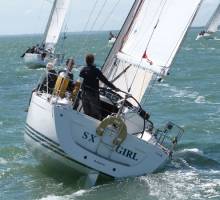