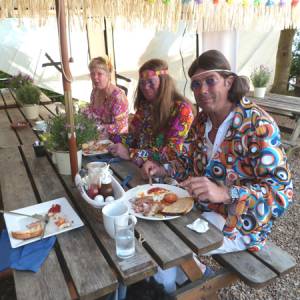 A King & Queen full English breakfast before the start.

Last Saturday saw the annual King and Queen charity race to raise funds for the Hamble River Inshore Lifeboat.
Peter Delbridge of .www.boatshedhamble.com was on board a Bavaria 43 “Free Spirit” racing with friends, and in the true nature of this event, they were all in fancy dress.
Sixteen boats entered in all, with the boats ranging from a Mirror Dinghy with solo sailor through to an Open 40 fully crewed up, there was also a local couple out with their seven month old daughter.
With winds blowing between force four to five and the sun shining what more could be wished for. With results for handicap taken into account the winning keel boat was “In-X-Celsis” a
X119 yacht skippered by another local skipper who will be 74 this year.
“Free Spirit” with its ageing bunch of hippies on board floated round the course and managed to win the coveted “Mike Penny” prize of a bottle of Mount Gay rum for coming second to last ! They also won a prize of two bottles of coke for the best dressed crew !
It was then back to the King and Queen pub for a BBQ, live music, prize giving etc. A great day was had by all and the party continued way into the evening.
See you there next year. 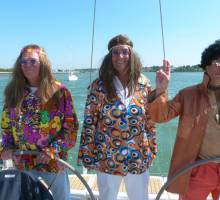 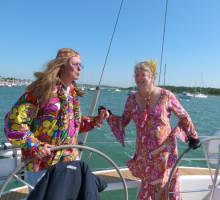 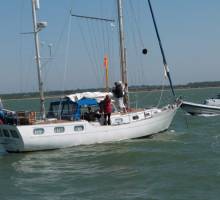 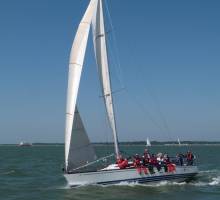 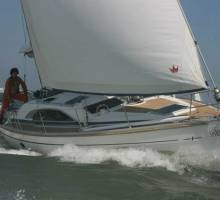 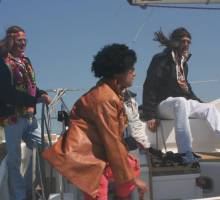 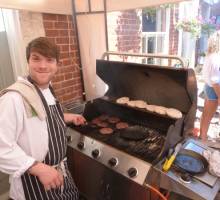 BBQ time at the K&Q 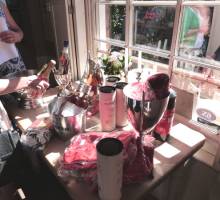 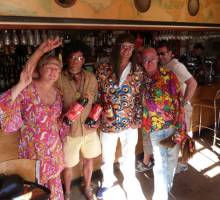 The &quot;Free Spirit&quot; crew and their prizes MAN.