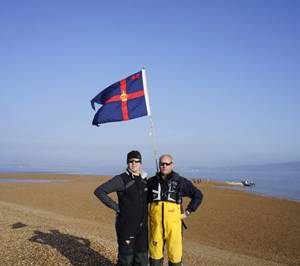 It may not quite live up to the adventurous exploits of Scott and Shackleton, but an intrepid group from the Hamble-based Royal Southern Yacht Club, led by Mike ‘Pike’ Jones, Peter Delbridge of Boatshed Hamble.Com and Tim Robinson, sought out new Solent territories on Monday resulting in them naming a newly found island ‘Southern Land’ as well as declaring it a bona fide annexe to the Yacht Club’s Hamble Riverside home.

Thanks to a rare natural occurrence, the Shingles bank forms the Western edge of the Needles Channel and has been synonymous with navigational blunders over the years. Yesterday three RIBs (rigid inflatable boats) set out from Hamble in search of new lands, thanks to the lowest tide of the year and an ever-changing shingle bank. Low tide revealed a truly impressive sight, rising out of the sea.

Upon landing at 16:12, a pennant was planted upon the highest point, in lunar-landing style. One small step for man, one giant leap for yachtsmen. A veritable feast was prepared ashore and a glass raised on what was a truly memorable evening. The explorers departed at 1810 under the last rays of the sun.

Plans are being put in place to make this an annual event, conditions allowing. The Royal Southern has a history of unusual antics at low tide including hosting the annual Brambles Bank Cricket Match with the Island Sailing Club in the middle of the Solent. 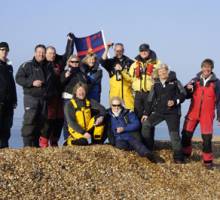 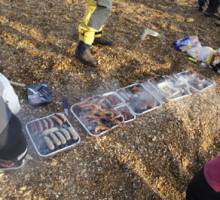 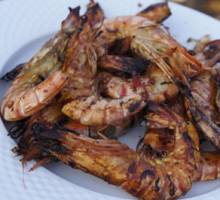 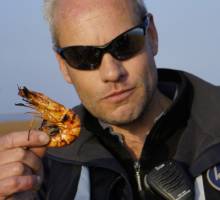 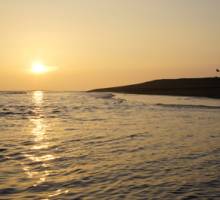 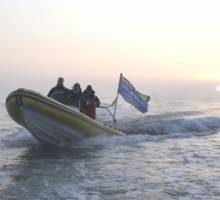