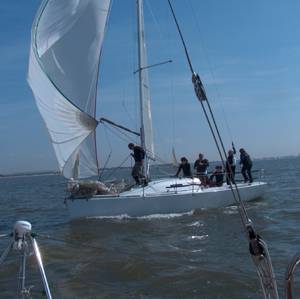 The King & Queen Pursuit Race
By the end of 2010, Hamble Lifeboat responded to 140 calls from the thousands of mariners in the Solent and local waters. The voluntary organisation receives no public funding and relies on donations to keep this invaluable service running.

The 2011 King & Queen Pursuit Race will take place on the 2nd April with all boats starting between 1030 and 1100. Peter Delbridge of Boatshed Hamble.Com is racing with a bunch of "Mexican Bandits" aboard "Amigos" a Dehler 34. International race officer, Tony Lovell, will organise the racing. It is a fun day out designed for all of the family and all of the proceeds will go the Hamble Lifeboat.

Last year, 30 local boats turned out ranging from high performance keelboats and multihulls to cruising yachts and classic dinghies. There is some glittering silverware up for grabs and other prizes, including best dressed crew. This year, Wight Vodka will be supplying Bloody Marys for brunch and a selection of Wight Vodka cocktails after the event. The King and Queen will host a barbeque and charity auction with live music in the evening supplied by Stu Simpson Acoustic.

If you would like to enter a yacht, donate an auction item or just come along for a great day out and support a very worthwhile local cause.

And check out www.wightvodka.com for some spring cocktail formulas... 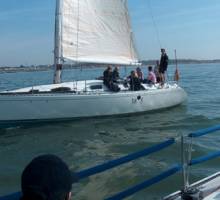 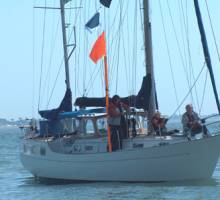 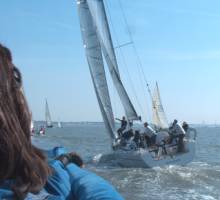 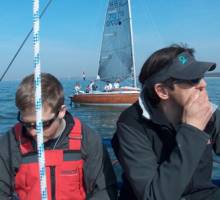 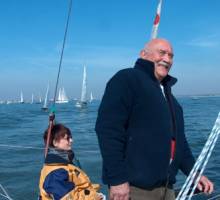