Clipper 11-12 Round The World Yacht Race 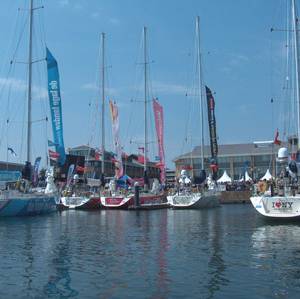 The guy's at Boatshed Hamble along with all the brokers at Boatshed cant resist anything to do with boats, and yesterday was a good example.

The Royal Navy’s helicopter carrier, HMS Illustrious, and a fleet of hundreds of spectator boats gave a spectacular send off to the amateur crews on board the ten yachts competing in the Clipper 11-12 Round the World Yacht Race.

The event, is the world’s longest ocean race at 40,000 miles and set off from Southampton yesterday afternoon. It is the first time since 2004 that a round the world yacht race has started from the iconic sailing grounds of the Solent and the large community of sailing and boating enthusiasts turned out in force to witness the spectacle under blue skies and eight to ten knots of breeze.

Tens of thousands of people turned out in Ocean Village Marina to wave the teams farewell before the ten-strong fleet headed out into Southampton Water where crowds of spectators lined the banks to watch as they were joined by HMS Illustrious for a breath taking formation parade ahead of the race start from the historic Royal Yacht Squadron start line at Cowes. Thousands more well-wishers were waiting on shore on the Isle of Wight while pictures were beamed back to a packed race village.

The Clipper Race is the only race in the world where the crews come from all walks of life, all ages and with all levels of experience. Prior to their training, some 40 per cent of the crews had never stepped aboard a sailing yacht before. Race start day was an emotional experience for the crew and their families and friends who had come to support them on their challenge of a lifetime.

The Clipper Race is the brainchild of legendary yachtsman Sir Robin Knox-Johnston, the first man to sail solo and non-stop around the world. He wanted to open the sport of long distance sailing to all and allow others to experience the challenges of ocean racing.

Almost 500 crews have signed up for Clipper 11-12. Some will complete a full circumnavigation while others will race one or a combination of the eight legs available.

Boatshed Hamble will be out there on the 22nd July, 2012 to welcome all the boats back to the Uk. See you out there. 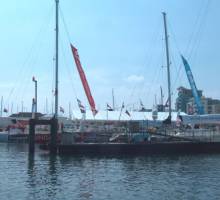 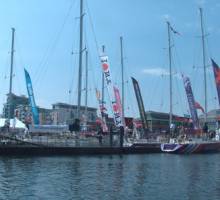 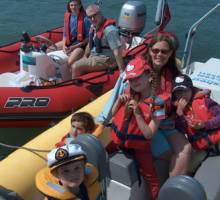 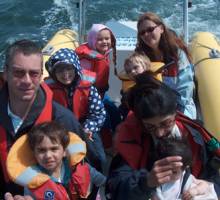 A boat load of &quot;Delbridge's&quot; 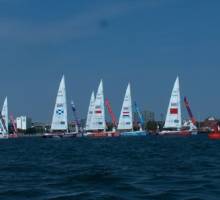 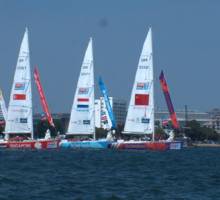 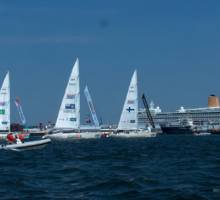 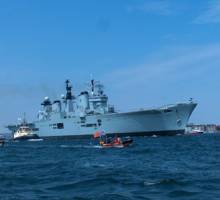 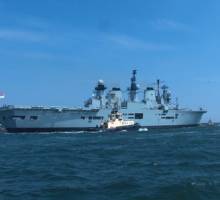