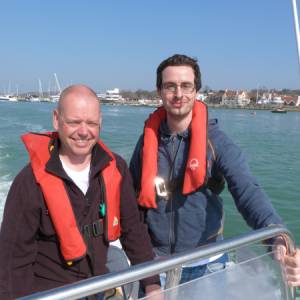 The teams were dropped off in Basingstoke and had to make their way to the Wave 105 Smallbrook Stadium on the Isle of Wight.

They had no money and they could not travel on any motorways and there was a mileage limit of a maximum 10 miles for any mode of transport.

They' were relying solely on the good nature of the general public.

Andy & Shaun made up Team Hare

Peter Delbridge of Boatshed Hamble.Com volunteered to take Shaun and Andy from the Royal Southern Yacht Club in Hamble to the hovercraft slipway at Lee on Solent in the Boatshed Hamble Boston Whaler.

They were chauffeured to Hamble in a Rolls Royce, and after a quick drink in the yacht club it was off on the boat with both Andy and Shaun having a go at helming the boat.

They were delivered at 13.40hrs dry and safe ready for the next part of their trip. 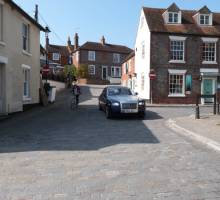 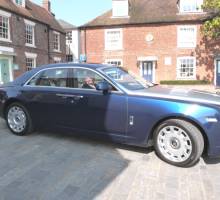 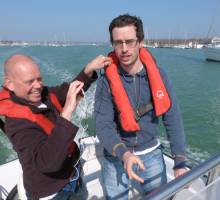 And live from the River Hamble ! 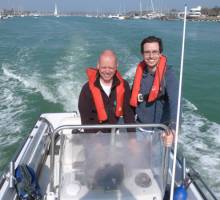 Andy at the helm 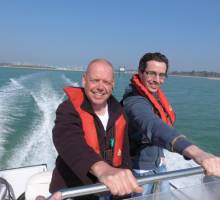 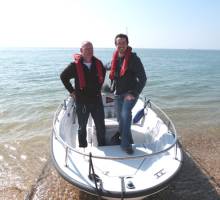